Yoga and running are a perfect combination.

We all know the importance of stretching before and after a run, and Yoga is a great way to lengthen those tight muscles. Yoga is also ideal for runners as it builds muscle strength and trains the mind.

Whether you’re a distance runner, trail runner, or light jogger, you put your body through considerable stress. If you’re running hard four times a week your body performs repetitive actions that overload specific areas. For example, your feet absorb two to three times your body weight as you land when pavement running. This high-impact shock plus repetitive action leads to tight spots and an increased chance of injury.

To counteract the tightness in our muscles after a run, Yoga acts as a wonderful recovery activity.

So why is Yoga good for runners?

Stretching increases flexibility in the muscles, tendons, and ligaments. It is the muscle that feels the quickest and most acute effects. During stretching, changes occur in the water content and stem cells of the muscle tissue.

Interestingly, stretching can induce stem cells to develop into proteins such as collagen protein, which is responsible for flexibility. Range of movement is a factor in athletic performance. A 2016 study compared the flexibility of college athletes after 10 weeks of Yoga practice. The Yoga group outperformed the non-Yoga group during flexibility tests.

Lower back pain and runner’s knee are running-related conditions. After a long run we can start to feel it in our lower back due to the impact and repetitive stress.

Some runners struggle with runner’s knee (patellofemoral pain syndrome). Runner’s knee is irritation under the kneecap which gets triggered by repetitive stress on the joint.

Stretching improves pain sensitivity. So, when we do Yoga poses, our muscles adapt to the pain.

Runners tend to experience tightness in the hamstrings, calves, quadriceps and hip flexors. A lack of stretching can lead to tightness in the iliotibial band (which is called IT band syndrome), a strip of tissue (fascia) that runs down the outside of your thigh. Yoga changes the length of your muscle fibre cells which consist of sarcomeres. Sarcomeres are tiny units of tissue that are contractile, which means they can expand and contract.

When we do Yoga like Yin or Hatha Yoga, we do static stretching, where we hold a stretch for some time. Research suggests that regular static stretching reduces the likelihood of musculotendinous injury.

The long static poses in Yin Yoga are excellent for accessing fascial tissues, which improve elasticity.

One study found that Yoga helped the running performance of 90 high-school long-distance runners. The group of runners was split into two. One group did a brief set of Yoga poses and motivational shouting. The other group did nothing.

The runners who did Yoga and motivational shouting significantly improved their running times in comparison. However, the study didn’t explain why, but it could be due to increased psychological endurance.

Hot Yoga can also improve your running performance. People who run marathons find they can improve their personal best time by as much as 7 minutes by doing regular Hot Yoga sessions.

In fact, those who do yoga teacher training gain an incredible insight into how yoga affects the body and fitness.

There’s a point in your run where your mind plays tricks and makes you want to stop. But, Yoga helps your mind to stay focused on the run.

Because regular Yoga practice fosters a deep inner connection, you stay in tune with your body so you can run precisely. This calming effect of rhythmic breathing allows you to manage challenging thoughts and feelings. By timing yogic breaths to an optimal footfall pattern you slot into a comfortable run as if you’re on autopilot.

Yoga also engenders equanimity which means you accept discomfort with gratitude. And so while you run, you get better at observing and releasing those negative thoughts. 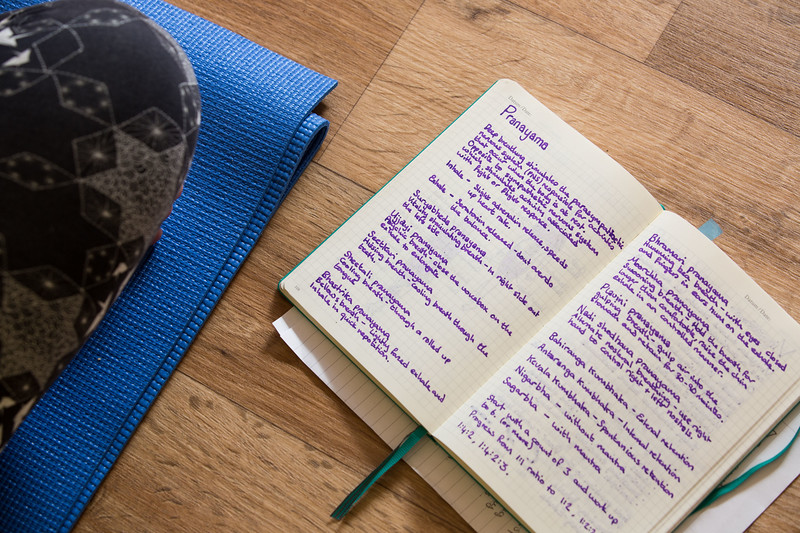 Yoga helps psychological endurance because it enhances your breathing. This can greatly benefit runners. When a runner finds their ‘edge’ during a run focusing on correct breathing helps to maintain speed over distance.

The soreness you get after a workout is a positive sign that you’ve worked hard. It’s called Delayed Onset Muscle Soreness (DOMS) and is common after strenuous physical exercise. DOMS is caused by microscopic damage to the muscle fibres. When the muscle fibres heal, that builds muscle.

There used to be disagreement about whether Yoga reduces DOMS after exercise. But, a 2018 study compared a group of regular Yoga practitioners with a group of non-yogis after 120 hours of bench-stepping. The study concluded that even a single Yoga session can reduce the soreness from intense exercise.

If you’re a trail runner, doing Yoga trains you to run safer and quicker in uneven terrain. Trail runners benefit greatly from Yoga because it develops balance and self-awareness. When you’re navigating across a stream, you’re more in tune with where your feet land from rock to rock.

Also, a regular Yoga practice finds weaknesses and shows imbalances. This means that a runner could perform their very own gait analysis and discover how better to run with symmetry and balance.

If you practice Yoga regularly, you can perform to your full running potential.

The work you do on a Yoga mat develops strength in the quads, core, hip flexors, and hamstrings. Building strength in these areas provides additional defence against running injuries.

Best Types of Yoga For Runners

All types of Yoga are great for runners. It doesn’t matter what style of Yoga you do, all types improve strength, flexibility, and mental stamina.

Our Hot Yin Tonic Yoga class is a floor based class with longer stretch holds. This type of Yoga helps to develop deeper strength.

Hot Yoga specifically, is believed to be excellent for preparing the body for high-impact exercise such as running. Researchers also suggest that the heat of a Hot Yoga class improves the body’s range of movement.

If you’re a runner, why not book one of our Hot Yoga classes? Or, you could try out our online Yoga classes. Click here for more information.

The great thing about being a yogi runner is you create no harm to the environment as you don’t need much equipment. As long as you ethically source your running and Yoga gear, you leave minimum environmental impact.

Yoga complements running so well. Not only does it prevent injury, it also improves your performance.

If you’re a runner and not doing Yoga yet, why not start now? We’re sure your running will improve and we’d love to hear about your progress.

Why not try a Yogafurie free online class to start improving your running technique here? Or if you’re in Bristol you must come and stretch with us on one of our Hot Yoga classes.

Your bones are something that stay with you for the rest of your life, propping you up and allowing you to go through the daily 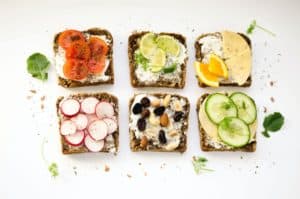 Eating For Flexibility: Simple Diet Changes That Can Help Your Body Adapt and Grow Through Yoga

If you’re already practising yoga regularly, you’ll be seeing some improvements in your strength, flexibility, and overall well being. But, we all have our weak