Yoga and the Changing Seasons

As the sun sets on a beautiful summer night, we start to consider the changing seasons

Let’s take a step back. Karma happens when we simply follow our ingrained habits, behaviours and thoughts without stopping to think. Sometimes this is really helpful – we can have good karma. Sometimes it’s not.

Yoga talks about Shakti or prakriti, or we could say energy. This is the physical world of stuff and thoughts. It follows its laws of nature pretty automatically, like clockwork. It can and does create everything, from the wonderful to the evil, and it will never do anything else. It is the essence of doing. BTW, Yoga says that laws of nature boil down to three dynamically opposing principles that are always in play: these principles, or “gunas” making, destroying and maintaining or appreciating.

Yoga also talks about Shiva, or purusha or we would say awareness. This is entirely opposite, not at all clockwork and absolutely original. In fact, it’s the very essence of originality. Being original means it’s not subject to anything else, so it can’t end. It can’t create anything either, because as soon as creation happens then copying is possible, and originality is lost.

Where this originality enters a life form, this is atman. Lots of religions use the word “soul” – maybe that’s a useful way to think about it.

Life forms are made of energy and do lots of things, reproducing themselves and repeating the same behaviours over and over. It’s all karma. So where is originality?

I think that for some Yogis, originality was the option not to follow karma or the gunas. Instead of being in the endless play of the unfolding process of creation, they found ways to still their minds and bodies. Through a contemplative and monastic life, they were able to identify more and more closely with their originality, the purely original aspect of their nature. They understood clearly. Many wrote that this would affect their onward journey after death, or even that there would be no further journeying at all.

For others, originality was knowingly choosing to follow the natural progress of events. The choice was to consciously engage with all of life’s dramas, deadlines and delights. For them, the act of choosing to follow the moment in every moment lead to a profound idea. Namely, that the mind choosing, everything selected, and all the things left out are just facets of one experience. Your true identity is all of them, in this moment, and it’s always this moment.

At any rate, these two principles of Yoga (abdicating from nature or embracing nature) have been well documented. What’s the purpose of documentation? It’s to capture a thought process, so that it can be thought again later. So writing is an extension of memory. We evolved memory because remembering situations and outcomes helps us survive, right? The thing is – we have to be prepared to go against memory sometimes. At times we have to re-try something, even if our memory of it isn’t great. As Yoga practitioners, we have to remember that doctrine is the same: tradition is useful as long as it informs the present circumstances. There are times when we need to exhibit originality and do something different – this is called evolution. I’d go as far as to say that we owe it to our present-day teachers and to the ancient sages to progress practice techniques relentlessly. How do we do this, whilst not disregarding the essential messages from the past? We’re in danger of losing our way, right?

Late August is a strange time in my opinion. We won’t feel it for some time, but it’s the point at which the seasonal clock ticks over. Lots of kids are getting their exam results – some are told they are successful, some are being told they haven’t passed. The nights are drawing in, and – in times gone by – this is when the farmer thinks about picking up the scythe. Nothing has been hacked or harvested yet, but wholesale reaping is about to take place, just like the moment before students open their GCSE envelopes… Life will never be quite the same for anything that lives in the field, and winter is bound to follow. Of course winter would have killed the summer grains anyway – the farmer just got there first.

I think this informs our choices when looking at our practices and traditions. They grow to the level they can, but change really is inevitable. It’s for us to recognise when practices no longer progress us, and to keep the best of what we’ve learned. 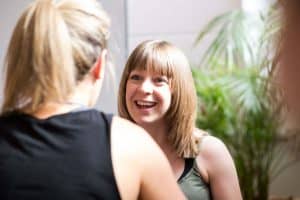 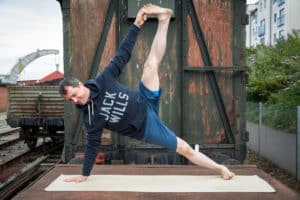 Read More »
PrevPreviousBe a Warrior, not a Worrier – Warrior 2 pose of the week
NextWhy teach Yoga? One of our trainees Jodie shares her storyNext