The Long and Amazing List of Benefits from Reforestation

The race against climate change is on.

Despite continued deforestation, a determined global effort to halt climate change is gaining momentum. So, it is now time to prioritise the future of the generations to come by harnessing the benefits of reforestation.

This mission lies at the heart of Yogafurie.

Exciting research shows that for a limited time we can regenerate the Earth by planting a trillion trees by 2050. That’s a million million trees.

Research from 2019 found that a global reforestation programme can halt the damage from CO2 emissions and let the earth recover.

According to the study, there is 1.7 billion hectares of land without trees. This area is the equivalent of China and the US. If this area were reforested with 1.2 trillion saplings it could bring greenhouse gases down to zero.

After 50 to 100 years, 200 billion tonnes of carbon could be removed from the atmosphere and we would have emission levels similar to those that existed before the industrial revolution.

The planting of 1 trillion trees by 2050 could ensure our future generations.

Reforestation is the most affordable and most impactful way to save the earth, and here we discuss the benefits of reforestation.

These CO2 emissions trapped in the earth damage the environment because they cause climate change. Climate change results in:

Reforestation works by absorbing CO2 and replacing it with oxygen through photosynthesis.

Trees are not the only reforestation solution. Mangrove reforestation projects are also incredibly effective as they absorb four times as much carbon dioxide as trees. All reforestation helps to ensure the health of the globe, humans, and wildlife.

Reforestation is the most impactful solution to global famine and human displacement. Soil integrity prevents such disasters because it is vital for growing food. Arid land resulting from destroyed forests leaves people without a means to eat.

Planting trees can also help to reduce numbers of displaced people whose homes and livelihoods are destroyed by flooding and extreme weather conditions.

When animals, insects and birds are forcibly moved from their habitat to areas without tree canopies, they die and become extinct. Reforestation helps to rebuild natural habitats and ecosystems.

Although deforestation is still happening in Borneo, tree planting programmes are helping to mitigate the loss of biodiversity.

Reforestation projects replenish the rainforests which prevents extinction of over 80,000 species of wildlife. But, it is necessary to plant a variety of species to support the diverse range of wildlife species.

Soong Don National Park in Vietnam is an example of how forests regrow if you let them. This cave was only discovered in 1991 and is now declared the world’s largest cave. Incredibly, it happened that wildlife retreated into the cave during the Vietnam War. Since its discovery, scientists have even discovered new species of flora and fauna in the cave. You can go on a virtual tour of the cave here.

Planting trees is a proven method of protecting endangered species. Reforestation has helped to remove the Kirtland’s warbler from the endangered species list in the US. Members of the Arbor Day Foundation planted a million trees around the Great Lakes, it has resulted in resounding success. It goes to show that reforestation is the answer to protecting our flora and fauna.

Trees are vital to human survival for several reasons. By meeting reforestation targets we ensure the health of generations to come.

Trees store and filter natural rain water for humans and wildlife to drink. Trees act like a sponge, filtering and adding nutrients and minerals.

By storing water, trees prevent the drying up of lakes and rivers.

Trees act as nets that prevent soil erosion caused by the runoff of rain. In return, the earth protects the coastline from extreme weather and floods. Reforestation preserves the soil for food and plants used for medicines.

The sea absorbs a quarter of the world’s CO2 emissions each year. As a result, the sea’s pH levels lower, increasing it’s acidity. Reforestation projects mitigate the loss of coral reefs and species of marine life.

Trees located around feeder streams delay the flow of rain, decreasing the likelihood of severe floods. Leaves intercept rainfall that would go straight into rivers and streams.

Leafy tree canopies cool us down on hot days. Many of us live in built-up areas. Tree-filled parks, gardens and community playgrounds shelter us from the sun.

Improves Our Connectedness With Nature

Have you ever noticed the calming effect of walking through a forest of trees? Forested areas provide us with a place to reconnect with nature. Trees are majestic, they have a monumental feel to them, having outlived us by many generations. The gratitude that arises from sitting beneath a leafy tree, or contemplating its bark is life-enhancing.

One acre of trees absorbs six tonnes of carbon dioxide and releases four tonnes of oxygen. Forests filter nitrogen dioxide, carbon monoxide, and dust from the atmosphere providing us with fresh clean air to breathe.

Reforestation projects provide employment to people who would otherwise turn to commercial activities that destroy the environment.

Local communities that are tasked to become guardians of their local environment not only earn money to live on, they become invested in the area.

An example of this is the Davau Reforestation project by the Mama Earth Foundation in the Philippines. It is mandatory for all local school students to plant a number of mangroves and trees before they can graduate. Not only do they help to achieve targets, they also become experts in reforestation. Many students pursue environmental careers as a result.

This project provides employment to the local community while protecting the environment. If it wasn’t for the reforestation programme they would have to resort to economic activities that are harmful to the environment.

Tree planting is the most affordable and most effective way to reduce carbon dioxide emissions. This gives us enormous hope as if enough of us get involved we can achieve the global target to prevent the earth’s temperature hitting 2 degrees.

Anyone Can Get Involved

Communities are taking the matter into their own hands and reforesting regions all around the world. Reforestation works and if each of us plants as many trees in our lifetimes as we can, we have a chance.

As yogis, part of our life journey must focus on reforestation efforts. During Yoga Teacher Training, you soon realise that your Yoga journey is aligned with improving life on earth.

Ed’s article “The Story of Our Why” tells the story of humankind personified as a single man. As life on earth nears extinction, the animals reproach the man for being afraid of them.

“We are each the last of our kinds. You are standing beside the last forest. The sun is too hot, the air is disappearing and there is plastic in the water. Your kind have done this. Yet you are afraid of us?”

Yogafurie is dedicated to being part of the solution.

We are passionately involved with a reforestation project at the Forest of Avon trust. This fantastic project improves the lives of people who live and work in the Avon area. Activities at the trust include tree planting, woodland management, woodland health projects, and wellbeing projects.

We started off planting 52 plants in 2020 at the project, our aim is to at least double this figure yearly.

Are You Part of The Solution?

You can make a difference immediately by getting involved with reforestation. You can either contribute hands-on or donate to one of the amazing projects around the world.

Yogafurie donates a portion of revenue to the Forest of Avon Trust, so by attending any of our Hot Yoga classes or Yoga Teacher Training, you’re already making a difference. 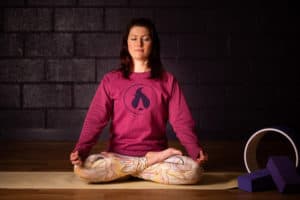 When you delve into the science of Yoga and serotonin, you realise it’s possible to feel fantastic whenever you want. Imagine being able to handle 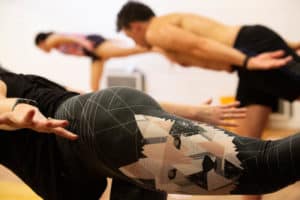 The Best 10 Yoga Poses For a Great Posture

Hunching over a computer, looking down at a phone, and slouching on the sofa inevitably lead to posture issues. Poor posture can lead to various