This blog article explores the effects of heat on your system, through some of the latest research into diet, longevity and exercise. We’ll see that heat might just be one of the most powerful exercise tools to emerge to date. But there’s more to health than just exercise. Satisfaction in life comes from a well-coordinated lifestyle. Exercise is a part of this, but Yoga also recognises the need for body and mind to integrate in the maintenance of the individual. This article explores the connection from heat through to Hot Yoga as the means to stimulate, promote and maintain great overall function in body, in mind and in relationships.

What does heat do to your cells?

This is very much a lay-person’s description of what happens to cells when the human body experiences heat. I’ve included the references I found useful – they could be a starting point for your own further research.

Proteins play a very important role in many aspects of cellular function. They are large, complex molecules, with carbon-rich areas that have to be shielded from their surroundings. This means that proteins fold into fascinating 3-D shapes: in this state, they can transport to areas where they’re needed, and when in the correct shape, they can perform their intended functions.

But proteins can get damaged, and sometimes new proteins don’t fold properly. Mis-shapen or damaged proteins are a problem: they’re not working, and they accumulate, causing a condition called proteotoxicity. Heat, cold and other physical stress can cause these problems. What’s fascinating is how your body responds.

A compound called heat shock factor (HSF) circulates in the fluid between cells. Two things happen in the presence of heat and other stresses.

Even when there is no stress, the HSP are at work helping other proteins and helping cells to stay healthy. Research[A] shows that generating lots of HSP lead to much longer and more youthful life in some invertebrates. Mammals – and humans – are much more complex but research[B] shows that whole-body heat stress triggers the same positive changes as exercise, through the action of HSP.

The question is: can the combination of heat and Yoga practice promote youthfulness, energy and even longer life? To investigate, we need to look a bit deeper at how bodies do growth and renewal.

It’s called the master gland because the hormones it produces control so many different body processes. It senses the body’s needs and sends chemical (hormone) signals to different organs and glands all around your body to regulate and maintain an appropriate environment. Through production of hormones, and by issuing some hormones produced elsewhere in the brain, the pituitary gland controls lots of vital processes such as metabolism, growth, sexual maturation and reproduction, blood pressure and more, and aspects of behavior in relationships.

What hormones does your pituitary gland produce?

The anterior pituitary gland produces the following hormones and releases them into the bloodstream:

There are also some hormones that are produced by the hypothalamus and then stored in the posterior pituitary gland prior to being released into the bloodstream. These are:

Growth hormone enters the liver, where it stimulates the production of insulin-like growth factor (IGF). It’s called insulin-like because of how cells react. Cells have receptors for chemical messengers: the receptors for insulin are very similar to the receptors for IGF. When IGF binds to the correct receptor, it has very positive effects. For instance, it helps neurons survive, encourages muscle development, protects cartilage cells, and is associated with activation of cells that maintain bones. And since it can bind to the insulin receptor, it can also complement the effects of insulin.

Research with invertebrates[C] into IGF shows it plays a major role in longevity. Perhaps surprisingly – reducing growth hormone and IGF activity in some roundworms increased lifespan more than twofold and the worms remained active and youthful much longer than normal.

Mammals are much more complex animals, and it’s not clear that just playing with growth factor is going to generate similar increases in longevity and youthfulness. However, it’s long been known that dietary restriction[E] increases the lifespan of mammals (as long as the food eaten is of good quality and there’s no danger of malnutrition). The mechanism has been researched[C][D], and – in brief – the following was found:

Creative people are referred to as “left-brained”, and practical people as “right-brained”. We naturally take left and right to represent pairs of opposites, like female and male, subtle and direct, moon and sun etc. In between two opposites is the neutral ground, from which both sides are visible. The one that can see both, but doesn’t favour either, is the best leader – the leader that allows the right thing to happen at the right time.

Ajna means command. It’s associated with the pituitary gland, because the pituitary issues the chemical messengers that orchestrate and coordinate 9 (some sources say 10) other major glands. These, in turn, collectively affect the function of the whole body. Furthermore, the pituitary both produces and secretes growth hormone and prolactin. Growth hormone stimulates growth in children and maintenance in adults. Prolactin governs milk production, and affects overall behavior, the immune system and the reproductive system. Finally, the hypothalamus generates oxytocin but it’s issued into the bloodstream from the (posterior) pituitary. Oxytocin regulates social interaction, sexual reproduction, and has a role in bonding, empathy, generosity, and orgasm. When we hug or kiss, oxytocin increases: oxytocin is often called “the love hormone.” Oxytocin is the hormone that underlies trust, and is an antidote to depressive feelings.

Taking all of this together, the pituitary plays a major role in the overall function of the whole person. If everything is working well, it has the potential to exhibit the impartial commanding neutrality of ajna chakra.

Good function in ajna chakra is more than physical health. In the same way that the pituitary mediates important physical functions, ajna correlates our psychological and emotional experiences as well. From this point of view the good and bad aspects of life seem to suddenly fit together like a complete tetris screen, and their effects vanish in a similar way to a complete row of tetris blocks. The effects are still felt, but the student gets to opt out of getting caught up in them. Living well at ajna chakra means being able to integrate events and experiences into a whole and sustainable life.

We covered a lot of science and research in this article. We’ve learned that heat shock proteins (HSP) play a vital role in overall health, and that watching calories promotes health in all sorts of ways. It maintains HSP levels as we get older – without affecting growth hormone. Everybody recognises that exercise is a good thing generally, and we’ve seen that exposure to heat alone produces the positive body effects of exercise.

It seems like any exercise in the warmth is going to be great for your body – if you are careful and eat the right amount of good food as well. Hot Yoga offers this and more, as its holistic practice style stimulates ajna chakra. 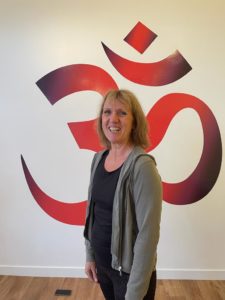 I am writing this the week I retired as a primary school teacher after 30 years. I cannot quite believe that it’s been that long 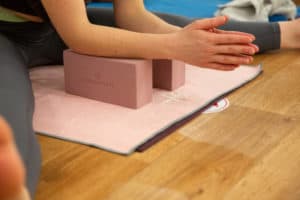